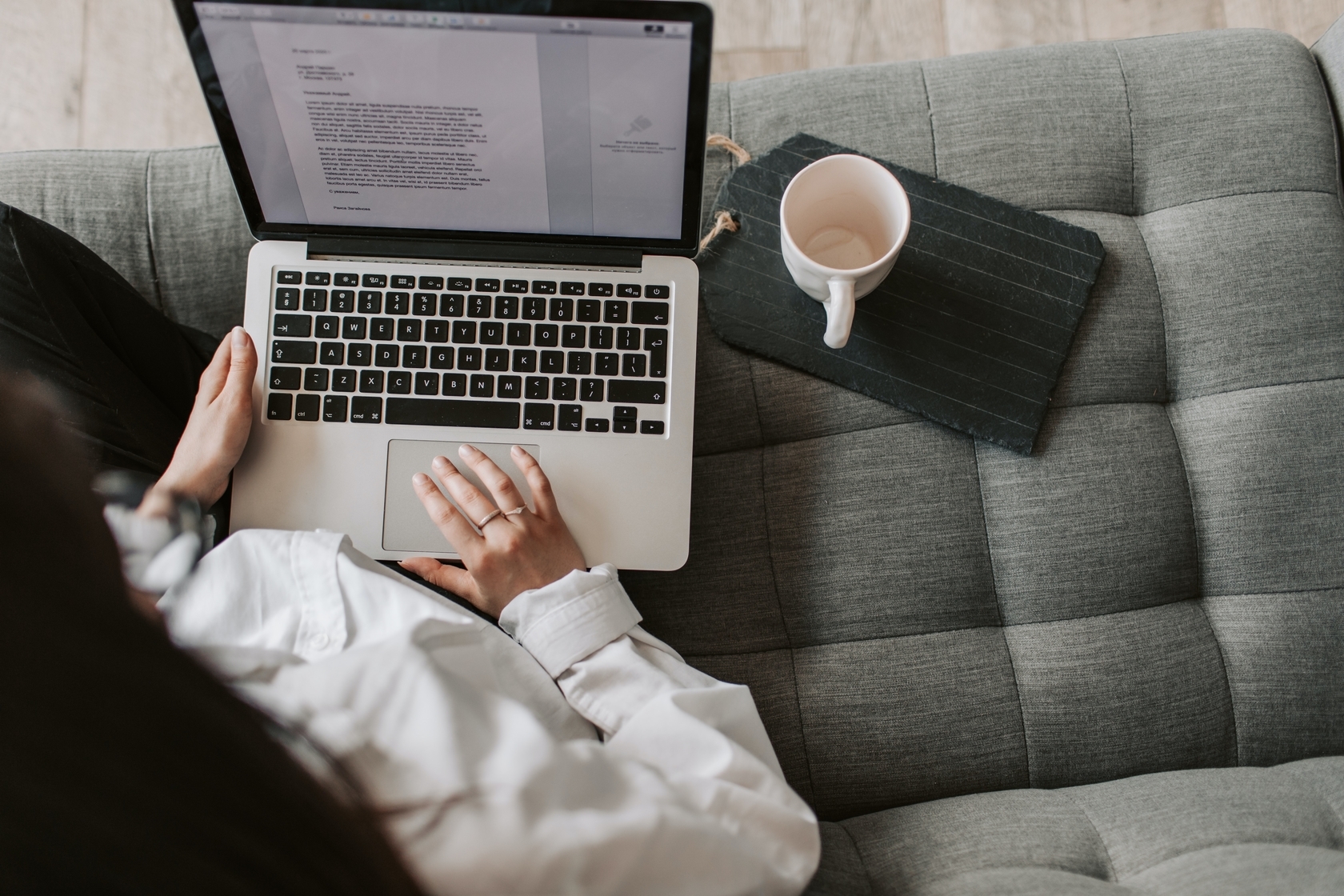 Over the years of running Workwolf, I’ve been asked a lot about the rumors surrounding resume and application “keyword stuffing“. People usually ask me about the worst interviews I’ve ever had with candidates, or on the flip side, the best resumes I’ve ever seen. Even more, they ask if one can “cheat” an applicant tracking system (ATS) by, say, putting keywords into a document in white text so the reader picks them up but they don’t appear on the page. Or, having a recognizable company in employment experience on a resume, whether it’s true or not, just to get noticed.

So, what is the truth? Can a job seeker “cheat” their way into getting an interview? Are they able to stand out with the loopholes these old-fashioned filtering methods provide? (And for that matter, what even is Rick-rolling, you may ask? See the following link).

The Job Seeker Who Tricked Them All

Of course, being in the business, we’ve seen it all. We’ve known about job seekers who take drastic measures in their interview or hiring process to get noticed. And yet, I was still entertained—though not really surprised—by one job seeker, called AngelinaTheDev’s story on Reddit.

In the subreddit of “Recruiting Hell,” AngelinaTheDev notes the difficulty she’d been having in finding a job. She had applied to software engineering positions multiple times, all with no luck. Then, she says, she “decided to do an experiment”; that is, purposely filled her resume with bold claims—both reasonable and not.

Namely, she altered her real resume to include buzzwords that are ATS-friendly. She added details that may add to her likability, but seem a bit far fetched or unnecessary for a resume. She even added details that were purposely inappropriate, knowing that a person would not be reading her resume. Even the links she provided did not actually lead to where they implied they would.

And yet, she received a 90% call back rate from this resume: 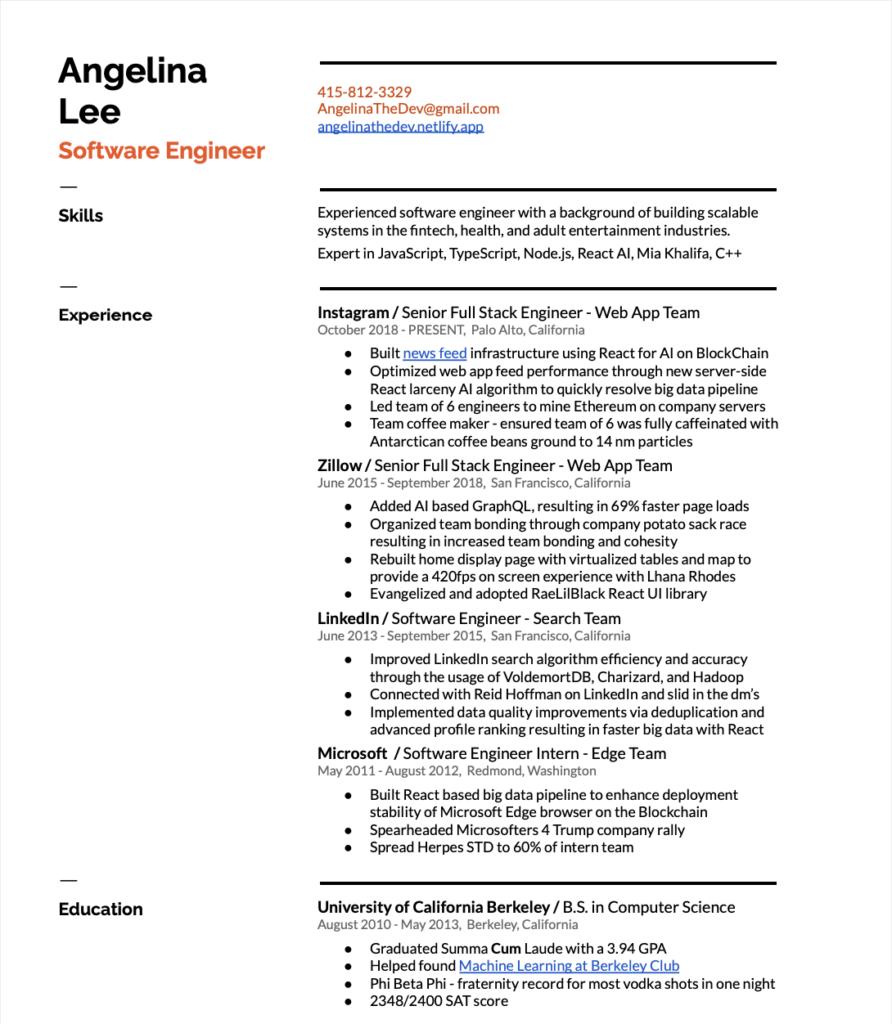 As the weeks went by, she received interview offers from companies like Reddit, AirTable, Dropbox, and Grubhub. And even AngelinaTheDev notices this ridiculousness herself. One company even read through her resume and still offered an interview, despite her “fraternity record for most vodka shots in one night.” If all of these hugely successful companies are falling for these ridiculous lies, it’s clear that something must change.

And with that said, it’s important to remember that job seekers taking these drastic measures to get a job are not the fault of the worker, but the system it fails. In order to address the whole problem at hand, we need to change the way we approach resumes to find a comprehensive solution.

The Trouble with The Old-fashioned Resume Reader

The traditional ATS or resume reading software has been sufficient until this point. But now with improving technology and even the sudden shifts in the employment market, accurate and reliable filtration and background checking is more crucial than ever before.

Not only is this detrimental to businesses and their workers, but further to workers who deserve a position based on their own merit. After all imposter syndrome is rampant enough without employees having to rely on credentials other than their own to get a position they would truly deserve anyways.

So, what is the solution to all of this madness? What does AngelinaTheDev and all job seekers wish to convey with their ludicrous resume credentials?

For one, changing what recruiters and employers look for can remove the implicit bias that favors privileged workers over others who are less so. How about instead of looking for quantity—how many times a keyword appears in a resume—employers and recruiters rely on quality? Namely, the potential a worker has in their natural predispositions as an individual and the soft skills that will ultimately make them successful in one specific position over another?

Where to start: soft skills and personality assessments

In addition to pre-verifiable Digital Work Passports, Workwolf provides a comprehensive soft skill assessment called Packfinder that can be customized to measure exactly what a recruiter or employer needs in a worker. Employers and recruiters can then use the benchmarks established for a unique position to find their top candidates automatically. It’s as easy as that! Even better, by improving the way recruiters and employers hire diverse teams, Workwolf makes hiring equitable, as well.

Ready to give your old ATS a kick to the curb? Find out all Packfinder has to offer you by signing up for a free Workwolf business account here!

How to Expedite References and Letters of Recommendation

How to Stop Over-Interviewing Under-Qualified Candidates

What’s at the Root of the Great Resignation 2021

This account allows you to filter and verify candidates for opportunities.