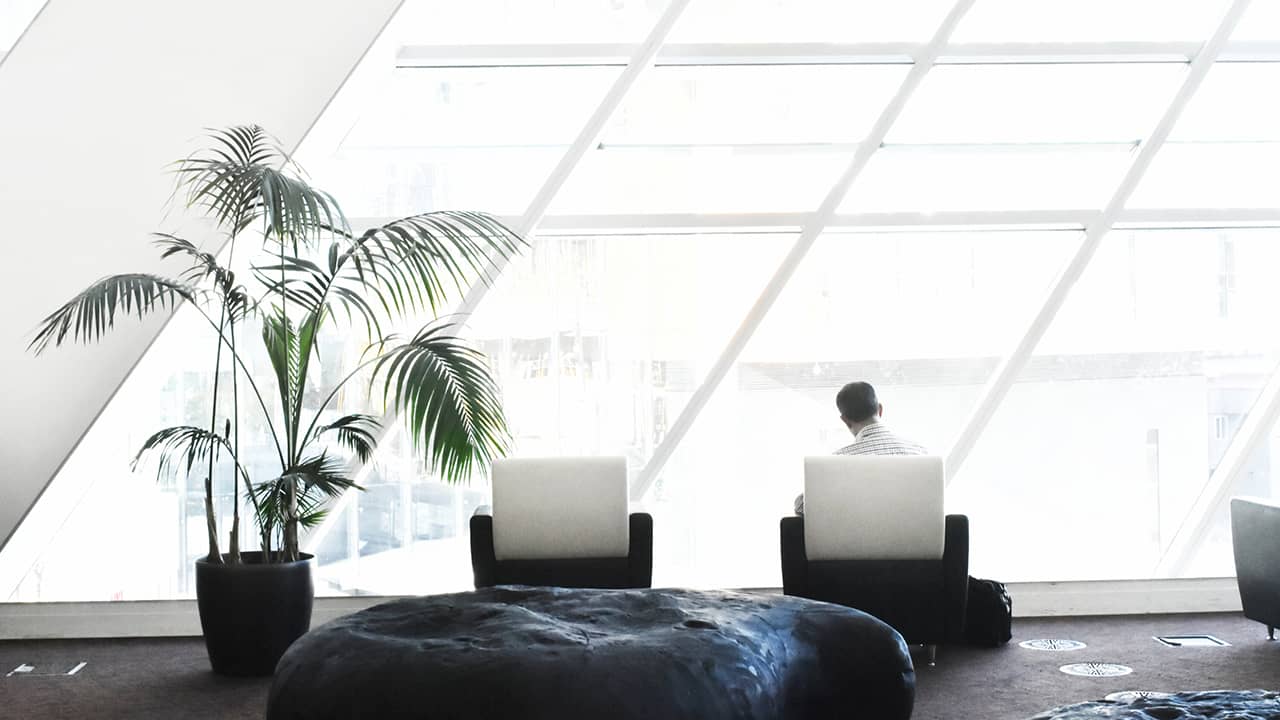 When I sat down to have an interview with Robert from the Self Management Group, I expected to talk about assessments used to make job seeking and hiring decisions and the importance of multi-step factors in a hiring cycle from a candidate’s perspective.

What I learned, however, is that Robert has a real story to tell, and his career path has taken the turns it has because it has led him to exactly where he needed to be to find a job that he, even after decades of work, still truly loves.

So, what’s the secret ingredient for finding a career you’ll love to do year after year? Let’s start from the beginning.

Robert began his career studying recreation, perhaps knowing he wanted to work directly with people all day, and graduated with a Bachelor of Recreation and Leisure Studies, completing a thesis in employee wellness.

At the time, he said he was working at a winery, and then when he went back to school to complete his master’s degree (thinking he’d study wine marketing), he continued working on campus in hospitality—all of which, in retrospect, showcased how deeply he cared about working with people.

Soon after graduating, he found the Self Management Group (SMG), a prestigious HR solutions company in Toronto, was hiring and to his surprise, he happened to be able to tick all the boxes: experience in psychographic profiling, a background in statistics, people orientation, the list went on.

He does say he didn’t know he’d end up being a senior consultant for a company like SMG, but he does notice that all the signs seemed to have been pointing in that direction.

Of course, having worked for SMG for decades, Robert swears by hiring and job seeking solutions like career fit assessments. The Self Management Group has many vast solutions including 50 assessments, surveys, and interviews, but one solution particularly came up consistently throughout my discussion with Robert: the personality self-assessment.

Robert remembers taking a self-assessment for the first time when he was 17 to measure where he’d be best suited in school and later in a career. While he had an idea of where he wanted to land, this assessment gave him a thorough understanding of who he was as an individual and as a worker, showing him what work environments were best for him, what kinds of tasks he’d like to do.

He remembers being quite young, thinking he’d work in management straight out of the career gate, and being told by the hiring company “Look honey, you need to learn how to walk before you run.”

Ultimately, that’s what he did. He looked at all of the signs that pointed to him working in the position available at SMG and took it because he knew he really just wanted to do a job that he did well and would enjoy. From there, he says, you continue learning and then move your way up.

It all sounds great—Robert managing to find a job he was well-suited for right out of school and staying in the company because he really enjoys what he does and moving his way up internally to still allow him his room to grow.

But how would he, a consultant for SMG, measure a job seeker like his younger self? How would he determine where and for which positions a candidate would be best suited?

The first step, he says, is the self-assessment.

This is to learn about yourself, where you thrive, how you interact with others, what your ideal environment would be, and what your strengths and natural tendencies are in the workplace.

These assessments, while decades old if you go back far enough, are being consistently updated to leverage the latest technology to improve results. SMG’s assessments, for example, use machine learning, artificial intelligence, and bot technology to not only improve how a candidate’s match to their personality, but to avoid biases that would naturally occur if humans were to assess other humans.

With that said, however, Robert recognizes that the self-assessment is just one step in a multi-step process to learn about yourself and where you’re best suited.

Namely, the next step, he says, would be to ask yourself, “What does your personal success model look like?” This may sound obvious, because of course everyone has different goals and ways of measuring success, but don’t forget that this also extends to not only yourself and your internal perceptions of yourself but also to employers and how they measure your success as an individual.

Assessments can and are only ever used to measure a candidate’s potential in a specific position or work environment.

Robert reassures me, no, there really isn’t a right or wrong when it comes to a good assessment, or a normative one, that rates your responses on a scale from 1 to 5.

For example, Packfinder asks short, simple questions that give not much context, and expect a response based on gut reaction and which answer you most relate to on a scale of 1 to 5.

Assessments can and are only ever used to measure a candidate’s potential in a specific position or work environment. As such, self-assessments are usually only to measure one’s ability to fit in with a manager, a team, a culture.

Take, for example, the time when Robert offered his solutions to help a professional hockey team manager the assessments to find players that not only had the right stats, but also had the right fit for the team, as measured “from the eyebrows up”.

With that said, there are assessments that measure things like one’s cognitive abilities, integrity, and emotional intelligence with right and wrong answers in the context of a specific job or environment that demands a certain characteristic or skillset, but when it comes to assessments, they can only predict your potential to succeed, and not your actual ability to succeed.

These assessments aren’t meant to toss you out of the running for a position because they don’t want you, but rather to save you and the hiring company the time and effort in instances where you wouldn’t be a good fit, personality and attitude-wise.

“It’s a disservice to the company and the candidate,” Robert says.

After all, even if you were to score on the opposite end of the scale as what the hiring manager was looking for in a specific position, this still doesn’t mean you’re inherently not right for the position, but rather, that you’d have to work harder than others with opposite scores as you, and your potential is less strongly connected to their top performers.

What the numbers say

While these assessments are important and can offer great insights to both job seekers and employers alike, they’re just one part of a well-rounded hiring process.

Robert says assessments can actually present employers with more personal, in-depth questions to ask their candidates, and candidates can leverage their results in their interviews to provide insights about their strengths and personality traits that are suited for the position and work environment.

With that said, because questions are posed in various ways to ensure that a candidate is more likely on one end of a personality trait than the other, the chances of their results being accurate is incredibly high.

The assessment further has an aspect built into it that measures your attitude at the time of taking the assessment. Robert says that this is especially important to take into consideration since, although the results of your low-face validity characteristics will always come out the same because of your natural inclination to side with one end of a spectrum than the other, there are variables that can affect your mood and attitude at the time of taking a test.

“We’ve seen it all, attitude scores drastically impacted by deaths, divorce, money problems,” Robert says. “One man even came in and took the assessment, and afterwards, when we asked him if something had happened earlier that day, he told us he got four flat tires right before the assessment. Of course, he was baffled we could tell.”

So, yes, there are some aspects of the assessment that are measured by science to provide data that gives insight into a candidate’s performance and retention, Robert says it’s also important that your results are “blended it into the bigger picture of where your results place you, practically speaking.”

With the combination of science and qualified professionals, the Self Management Group has assessments and other solutions that measure candidate scores and ensure tests are as accurate as possible.

One client from a large Canadian bank even went as far as saying “these assessments are very predictive and they really do work”.

For the most part, the results in assessments like Packfinder remain consistent across cultures in certain industries.

What you have to gain

Taking an assessment can be unnerving, mainly because you’d want to get the job especially if you’re qualified for it and feel you would be a good fit for it, but the truth is that you have so much to gain from these assessments—insight about yourself, signs that may lead you down the right path, and even reassurance that you are on the right path, even if you already think you know where you’re headed.

When you’re ready to try a self-assessment out for yourself, you can take Workwolf’s exclusive career fit assessment by the Self Management Group called Packfinder here.

Special thanks to Robert Dougan and Stephen Brennan for joining me for this (virtual) discussion! I can’t wait to talk more with you both for future blog posts.

Quiet Firing: Your Employer Wants You to Quit Your Job

Welcome to a new era of hiring

Unleash The Power of Truth